Yover is barely twelve, but he must work. Every day he rides the streets of the new Bojayá – a village that survived the bloodiest massacre of the war in Colombia – and continues to steal from reality, minutes of fantasy and play, which belong to the world of children. 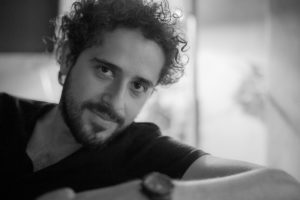 Edison Sánchez Castro is a photographer and filmmaker. He began his career working as a photojournalist for La Patria in Manizales and went on to win the National Journalism Award for La Casita de Polvo (2009). Since 2011, he has worked as a freelance photojournalist for the Colombian daily El Espectador. He produced, wrote and directed the short film La Mera Propina (2014), which participated in the Short Film Corner at Cannes and was screened at various international film festivals. He has worked as assistant director on commercials for the production companies Los Notarios and Rhayuela Films in Colombia and as audiovisual director for the Centro Ático of the Javeriana University. Since 2012, he has been the official photographer for the Cartagena, Panama and Santander international film festivals and his work has been published in diverse media such as The Hollywood Reporter, IndieWire, Variety, Rolling Stone, Huffington Post, Screen International, El País (Spain), El Tiempo (Colombia). In 2016, he directed the short documentary Resistencia en Paz, which premiered at Cartagena film festival (FICCI 57) and was screed extensively throughout Colombia and in many other countries. His latest short film, Yover, had its world premiere at Berlinale 2018.