Camille has faded away from his own life. Days are followed by other days in a metronomic tempo, between his work at the factory and the regular visits at his grandparents’. One night, while his having diner at their place, he is thrown a few hours later in his own future, without recalling anything. Hours he actually went through, according to his entourage. 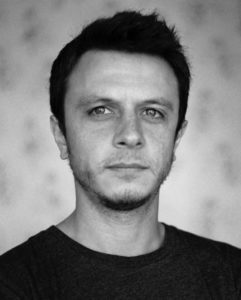 Kévin Noguès is a film director, born in Caen, Normandy. He graduated with a master’s degree in 2005 from the University of French Language and Literature, after having written a thesis on Greek myths in Pier Paolo Pasolini’s filmography. He then got admitted into a professional Master’s 2 degree at the University Denis Diderot in Paris, studying Documentary Films. After his studies, he made his first documentary, La Duende au Corps. In 2011, his first short In the Tree was produced by the G.R.E.C. Uuquching, produced by Origine Films, is his third short film.