A new phenomenon of authentic Chinese rap has taken the internet by storm. But behind the unprecedented gains in popularity, there is a struggle for freedom of speech. Rappers are trying to figure out what they still can and cannot do after new censorship is announced. 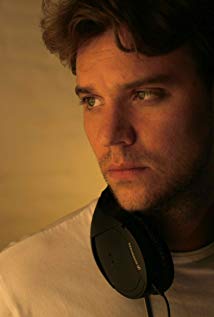 David Verbeek graduated in Directing from Amsterdam’s Film Academy, in 2005. During his second year there, he directed the feature film Beat with a budget of only 500 euro’s. It was selected for the International Film Festival Rotterdam, as well being released on DVD and nationwide in theatres. The following year, he was asked to direct a television film for the VPRO, resulting in the critically acclaimed Yu-Lan.

After graduating he left for China, returning three years later with his second feature film Shanghai Trance; a cinematic portrait of Shanghai that depicts a generation of young Chinese, bedazzled by a city that is changing faster than they can grow up. The film was selected for the Tiger Award Competition at the International Film Festival Rotterdam as well as numerous international festivals. It was released in China in over 250 cinemas and in late 2008, David made the front page of the Volkskrant newspaper for being the first Dutch director to achieve this.