In the dark, a young man speaks of the abuse he suffered at the hands of his priest and its lasting effects.

Director present + Q&A by Erik Daams, savvy projectionist, film programmer and lecturer for film history based in The Hague. 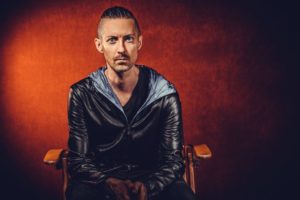 Ian Thomas Ash, born in America, earned an MA in Film and Television Production at the University of Bristol, UK, in 2005. His first feature documentary, The Ballad of Vicki and Jake (2006), received the Prix du Canton Vaud prize at the 2006 Visions du Reél International Documentary Film Festival in Nyon, Switzerland. His documentaries that followed all dealt in some way with health and medicine in Japan, including -1287 (2014), which received numerous awards, including the Audience Award for Best Feature at the 2015 Nippon Connection Film Festival in Germany, the First Prize in the Asian Competition at the 2015 DMZ Docs Film Festival in Korea and the Best Documentary at 2016 SoCal Film Festival. Ian has lived in Japan for a total of 15 years and is currently in post-production for two documentaries: the feature-length version of his film about end-of-life care in a small village in rural Japan called Sending Off, and the short called The Father’s Love Begotten, about the sexual abuse of a young boy by a Catholic priest.