“We’ve learned to communicate with one another in 15 seconds.” Private life is put on public display with the hope of disappearing after 24 hours, but this short film creates a field of resistance and existence. “SNAP” rescues these ephemeral instants – from social media – of the lives of Alonso, Anna Balmánica, and Alexa, characters from the LGBTI+ community, in internal social conflict, accompanying them in their intimacy and celebrating their differences. 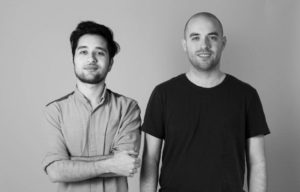 Felipe Elgueta, filmmaker and graduate of the University of Chile, with a Master’s Degree in Documentary Film from the same institution. Awarded Talents Buenos Aires 2015, he develops non-fiction film projects under the name Quasar Cine. Director of the film-internet exhibition EXPLOIT and creator of the Video Club: Santiago Analog Video Laboratory. His works ESCAIP (2012), .gif (2016) y SNAP (Special Jury Mention, Clermont Ferrand 2018) explore the nexus between the virtual & cinematographic worlds.

Ananké Pereira studied filmmaking at the University of Chile. Participant on Talents Campus Buenos Aires during Bafici 2017. He works as an editor mainly with found footage at Quasar Cine. He has works as director/editor on ESCAIP (2012) and SNAP (2017). Currently, he is editing his first feature film, SEPTO (2018), which continues exploring the internet and his relationship with film