Ariel gets involved in a teenager civil arrest, the guy is accused of stealing a phone. A mob surrounds the young man and some accuse him of being guilty while some defend him. Police doesn’t show up. Ariel has to decide which side he is. 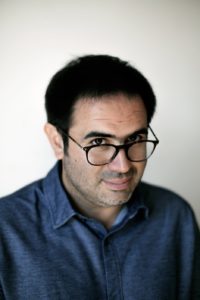 Felipe Gálvez was born in Santiago de Chile in 1983 and graduated from the Universidad del Cine, in Buenos Aires Argentina. He has directed short films, standing out among them are BE QUIET PLEASE (Silencio en la sala), which received the BAFICI Best Short Film Award 2009, and I’M ALWAYS LOOKING FROM HERE (Yo de aquí te estoy mirando) premiered at the Rotterdam International Film Festival in 2011. Lately, he directed RAPTOR (Rapaz), premiered at The International Critics’ Week, Cannes Film Festival 2018. He currently resides in Santiago, where he has worked as a film editor in many feature film. Felipe Gálvez is developing his first feature film THE SETTLERS (Los colonos).