In a post-apocalyptic future where humanity has fallen apart, a group of scientists and an animated sign complete the construction of a new human race and meet a groundhog climatologist who prepares them for their mission to restore balance to the decimated Earth. 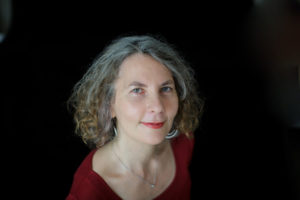 Catya Plate, born in Barcelona, Spain, and raised in Germany, is a Brooklyn-based, award-winning filmmaker and multidisciplinary artist. Her animated films, sculptures, paintings, and drawings explore the ephemeral nature of existence by creating an alternative universe, which exposes, among other things, humanity’s impact on the environment. Catya is a Fulbright Alumna and has been exhibiting internationally since the mid-1980’s. Her work is in public and private collections worldwide, like the Brooklyn Museum and the Museum of Modern Art Library in New York City. In 2009, she created Clothespin Freak Productions to bring her “Clothespin Freaks” characters to life through stop-motion animation short films. In 2012, her first film, The Reading, was awarded Best Animated Film at the Seattle True Independent Film Festival. Her second film, Hanging By A Thread, screened at over 22 film festivals in the US and abroad, like the Academy Award-qualifying St. Louis International Film Festival, and won 9 awards. Among those awards is the coveted Grand Prize for Best Animated Short at the Academy-Award qualifying Rhode Island International Film Festival-Vortex in October 2017, and the Jury’s Citation Award at the renowned traveling 38th Black Maria Film Festival in 2019.