The president of Mexico spends his final days in office making plans for his future. Everything looks in order until an international conflict interrupts his pleasant rest. 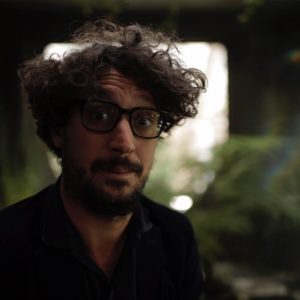 Alejandro Saevich studied cinematography at E.N.E.R.C in Argentina. After being executive producer of the Argentinean part of Adán y Eva Todavía, he moved to Mexico City, where he founded, alongside Moisés Cosío, a production company named Detalle Films. He developed different projects there, including Rezeta, a feature film directed by Fernando Frías, and a documentary series about the nationalization of the bank, directed by Luciana Kaplan and Diego Delgado. In 2012 he founded, alongside Jorge Aguilera and Vanessa Hernández, Madrefoca, a production company that was awarded the Producer of the Year prize by Círculo de Oro in 2016. With Madrefoca, he has produced commercials for different companies and La madre buena, a multi-award-winning short film directed by Sarah Clift.