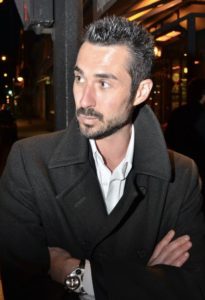 Cyril Delon was born in 1976 in Paris. He has been an enthusiast of cinema since its childhood an in the early 2000s created his production A304PROD. He realizes music videos (for the artists Mod Martin, The Liminanas…), documentaries (on Japan, China, Thailand, Peru, New York, Sweden, Turkey…) and especially short films.